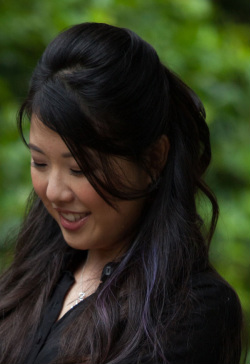 MARCI CALABRETTA CANCIO-BELLO is the author of Hour of the Ox (University of Pittsburgh, 2016), which won the 2015 Donald Hall Prize for Poetry and the 2016 Florida Book Awards bronze medal, and was a finalist for the 2017 Milt Kessler Award; and the chapbook Last Train to the Midnight Market (Finishing Line Press, 2013). Together with E. J. Koh, she co-translated The World's Lightest Motorcycle by Korean poet Yi Won (Zephyr Press, 2021). She was the co-founding editor for Print-Oriented Bastards (2011 - 2017) and producer for The Working Poet Radio Show (2015 - 2017). She currently serves as a program coordinator for Miami Book Fair, co-director for PEN America Miami/South Florida Chapter, and is a founding member of The Starlings Collective.